The Super Screen Recorder REC Video Record Screenshot android app is a great way to capture your screen on your android device. The app is easy to use and lets you record videos and take screenshots of your screen. You can also share your recordings and screenshots with others.

If you’re looking for an android app that can help you record your screen, look no further than Super Screen Recorder. This app can easily capture screenshots and videos of your current screen, which can then be saved to your device or shared online. Super Screen Recorder is a great way to keep track of what’s happening on your phone or tablet screen, and it’s simple to use so you won’t have to spend hours trying to figure out how to do it yourself.

REC is a new android app that lets you easily record screenshots and videos of your Android screen. The app is very easy to use and has many features, such as the ability to automatically save screenshots and videos as soon as they are taken, or the ability to schedule recordings so they will automatically start and stop at specific times. REC is perfect for capturing important moments while you are using your phone, or for recording funny moments with friends. 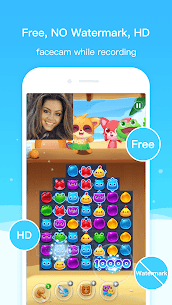 With Super Screen Recorder, you can stream your screen live to YouTube, Facebook or Twitch and other platforms that support RTMP live streaming!
Support for various resolution options settings
Support for saving video during live streaming
Support for live stop settings and more 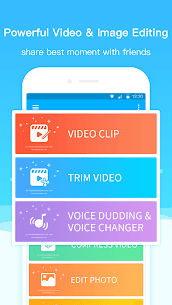 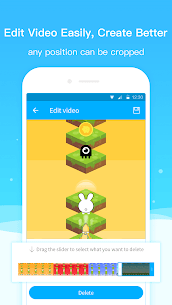 Did the recording stop abruptly? The floating ball disappeared?
To prevent screen recording interruptions, we suggest blocking some large applications in the background process and allowing Super Screen Recorder to be licensed for “White List”. Check your phone’s battery optimization ‌ Does not restrict application activity.
And open the background process of the phone, Lock the recording to prevent the recording process from being interrupted by the Android system.
Why does the recorded video not have audio?
– Unfortunately, the system version below Android 10 does not currently allow applications to record the phone’s internal sound. You can record external sound through the microphone.
– In addition, the Android system does not allow multiple applications to use the microphone simultaneously. This means that the video calling application and the Super Screen Recorder cannot record audio at the same time.

High-quality screen video recording software
Android Super Screen Recorder is one of the best professional apps for screen capture and live streaming and taking screenshots and video editors. You can shoot free screen videos without the need for root, without time limit, without watermark and copyright.
In a user-friendly application
Super Screen Recorder
You can use the great video editing features to create beautiful Full HD videos that help you capture the best moments! 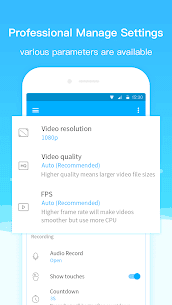 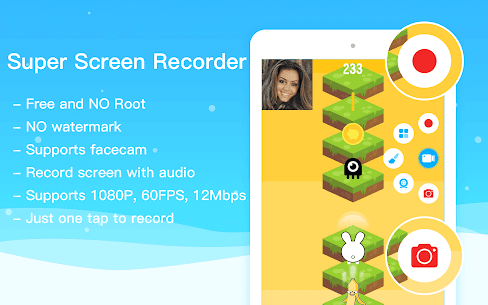